Japan has long been considered one of the more expensive countries to travel. Recently, thanks to a weakening currency and years of deflation, Japan is becoming more affordable. Getting around inside the country will, however, be one of your bigger expenses. If you aren’t too pressed for time or you are just planning to visit a few locations, the best prices will most likely be found traveling via bus (plus, there are many night buses that will further save you a night’s hotel charge). For longer distances, the bullet trains (Shinkansen) are great, but quite expensive. In fact, you can sometimes get where you are going less expensively by air than by Shinkansen. Where long-distance train travel—including via the Shinkansen—becomes cost effective, is when you use a Japan Rail Pass.I recently visited Japan, mostly staying with friends in the Yokohama area. I have been to Japan multiple times and I even spent a year teaching English in Inuyama (Aichi prefecture) long ago. Still, I had never been to Kyushu and I thought this trip would be a great time to do so. With that in mind, before leaving I purchased a one-week JR pass. 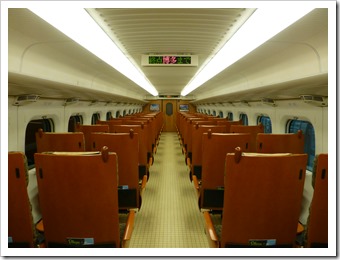 About the Japan Rail Pass

A Japan Rail (JR) pass is available as a one-week, two-week or three-week purchase, with longer-duration passes being cheaper than buying multiple one-week passes. The passes are valid for consecutive days only. Here are the prices as of writing: 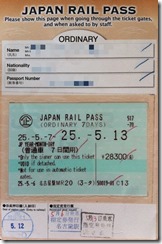 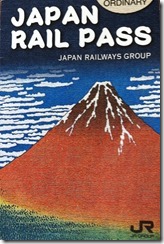 The most important thing to know about getting a JR pass is that it is only available to foreigners and non-residents and you can only get it outside of Japan. If you decide it would be a great idea once you have already arrived, you are out of luck unless you have time for a friend or relative to buy it outside the country and mail it to you.

Another JR Pass consideration is whether to get an “ordinary” or “green car” (first-class) pass. I have never actually ridden in the green car, but besides slightly roomier and nicer seats, I don’t see any real value one gets for the greater price. That’s because an “ordinary” Shinkansen is already really nice, with spacious and comfortable seats. Neither pass will allow you to ride the fastest (Nozomi, Mizuho) trains or the overnight sleeper trains, so I think there is really no advantage other than possibly comfort.

The JR Pass will only include JR trains, buses and ferries. There are actually a lot of private railways operating around Japan, so this is not an insignificant caveat. Having said that, JR is the operator of all the Shinkansen routes and will cover most places you want to go, at least between cities. Once in a city, you’ll most likely have to pay local bus and train fares.

To buy your JR Pass, at least in the U.S., check out JTB USA, where you can order it online. This will seem like a proper checkout process, but I believe it just takes your details and then passes them on the the local JTB office you specify during checkout. Don’t be confused by the field that asks you when you will use the pass as that isn’t really a date you must commit to. Just put in an approximate date. I think they use it to make sure you won’t be trying to use the pass after it expires (which is 90 days after purchase I believe). In other words, if you are a real early-bird and order yours six months in advance, that won’t work so they will probably contact you to tell you to place your order at a later time.

My purpose here is not to be a complete resource on all things related to the pass but rather to illustrate how it can be used to save money on your travel. To do so, below I list my one-week itinerary. If you do want some more information about the JR pass, check out the official site and the useful articles, “Is a Japan Rail Pass Worth It?” and “Save Money Before You Go To Japan: Buy A JR Rail Pass In Your Home Country.”

I started my one-week adventure in Nagoya since I was already there visiting a friend and I ended in Tokyo. For pricing comparison purposes, I used the incredibly useful Hyperdia site.

I packed a lot into seven days. I started early on day one, stopping in Himeji to see Japan’s most famous castle and the nice Kōkoen (好古園) Garden right next to it. That took a few hours and then I hopped on the Shinkansen again for the short ride to Okayama where I saw the incredible Kōrakuen (後楽園) Garden (one of the three most famous in Japan) and Himeji’s sister castle, U-jō (烏城, the crow castle). After the garden closed, I headed back to the station and caught another Shinkansen all the way to Kumamoto. I wanted to spend an entire day in Kumamoto to see its famous castle (熊本城) and Suizenji Garden (水前寺公園). I also wanted a full day to see Kagoshima so I decided to just make Kumamoto my sleeping base for three nights. I found the nice Guest House Kumamoto, run by a friendly guy named Koji that only cost ¥3000 per night for a spacious, and quiet private room. I think this decision worked out well and I was glad not to waste time or energy transferring hotels. Since Kagoshima is only about an hour away by Shinkansen, I just went there early in the morning and saw Sakurajima (桜島), Sengan-en Garden (仙巌園, a.k.a. Iso Teien Garden 磯庭園) and the Satsuma Kiriko (薩摩切子) cut glass factory (some really nice and incredibly expensive glassware!). Nagasaki is almost three hours from Kumamoto so again I left early and arrived with most of the day to explore. Of course I saw the Atomic Bomb Museum and peace park, Glover Garden (with a great daytime city view) and Insayama (the so-called “10 Million Dollar View,” ranked as one of the best night views in the world). From Nagasaki I headed to Hiroshima to see its Peace Museum and memorial park as well as the incredible Miyajima island. I have been to Hiroshima before, but it was years ago and I was glad to visit again. From Hiroshima I headed to stay the last night in Kyoto and saw some of the sights there on my last day before boarding my final Shinkansen back to Tokyo in the evening. I have been several times to Kyoto so my one-day trip was just sort of a nostalgic return, though I did see Arashiyama, an area I had not previously visited. For first time visitors, Kyoto really deserves multiple days (see below).

I think my itinerary was a great one that saw a nice mix of famous and not-so-famous tourist spots. If I were visiting Japan for the first time, and starting from the Tokyo area, I would probably spend a few days in Tokyo and then take a Willer Express bus to Kyoto and spend multiple days there. Kyoto is truly incredible and absolutely deserves multiple days to see properly (Note: if you wish to visit the Imperial Palace, that can only be done twice a day via free guided tours. You must register with the administrative office on the grounds at least 20 minutes beforehand, but when I went it was fully booked, so I recommend booking ahead). You should probably include a day trip to Nara as well (45-75 minutes, ¥690).

After Kyoto, I would start my one-week JR pass, following something like the itinerary I have described to fully maximize your travel cost savings. I thought Kumamoto was a great (and cheap) 3-night base but you could do the same from Fukuoka if you preferred. Also, I originally thought Nagasaki merited two days, but if you arrive early and don’t waste much time, it can be seen in one instead, freeing up a day to see some other place or spend an extra day in one of the other locations.

Keep in mind that many Japanese cities offer one-day or multi-day passes for the buses, subway, and/or tram lines. These are not included in the JR Pass since they are not JR services, but for a concentrated day of sightseeing, they can be money savers. Check online for your intended destinations to plan ahead and/or ask at the information desk when you arrive. Since I bought a pass for most of the cities (I was able to get by with just JR service in Hiroshima), I didn’t try to use my Suica card (see below), which in theory works across the entire country for trains and subways, but I believe is not accepted on the trams found around Kyushu.

Around Osaka, you can get the Kansai Thru Pass for about US$50 for three days. This is a great deal if, for example, you want to go to Kyoto one day, Nara the next, and Himeji the next. The pass is valid for buses and trains within the cities so you can easily get around and pack those three days with lots and lots of sights.

Finally, make sure you look at whether particular towns or sights you want to visit have special transport/admission deals. Going to Nikko from Tokyo, for instance (very highly recommended), you can get one pass for the train, the buses and entrance fees. (hat tip to Time Travel Turtle).

I think a JR pass can be a great way to save money when traveling in Japan, but as with so many things in life, it all depends on your plans. Generally, you will save money if traveling long distances and if comparing to separate train ticket purchases. For shorter trips and/or for trips where you will be staying in one place multiple days, the pass may or may not save you any money. Still, the bullet train is a unique and cool experience, so even if you can save a few bucks opting for buses instead, I highly recommend at least trying a one-week pass for the convenience and experience.

h J R
Decided to come to Phuket for the first time and got to see the amazing Similan Islands yesterday. #similan #phuket #thailand https://t.co/OJZ2kpEXak

h J R
We have a new word for that feeling when travel makes everything new https://t.co/D9AjAwaBXU

h J R
Why Jakarta is sinking https://t.co/qkPOMFzsXZ via @YouTube

h J R
@ErwinVinden Sorry, I don't actually use Twitter often so I am just now seeing your message. I updated the post and updated the anki decks and the download links so give it a try again if you are still interested. If you still have issues, please use the site contact form to reach me.

My name is Jeff Blum. I am a digital nomad that has been slow traveling the globe since March 09, 2009 (4,424 days.). Along the way I have learned a few tips that I hope to share with you on this site.

I use cookies to ensure that you get the best experience on the site. If you continue to use this site I will assume that you are OK with it. OK