Tips for traveling better and working smarter. For travelers, digital nomads, and location independent professionals.
Like this content? Interested in hiking the Appalachian Trail or other long-distance hiking trails? If so, check out my book of advice for planning a thru-hike, Thru-Hiking the Appalachian Trail: A Complete Guide. It covers everything you need to know and more than you probably thought to consider.

For better or worse, mobile phones have become an indispensable piece of gear for most hikers. While you can use the camera and your favorite guidebook offline, having phone and Internet service can be helpful as well. Getting WiFi in towns and hiker hostels should be relatively easy but mobile service will depend on both the service provider (carrier) and the phone that you use.

There are four major network carriers in the US: AT&T, Verizon, T-Mobile and Sprint. U.S. Cellular is a fifth, more minor carrier. If you see any other service advertised, it is almost certainly a mobile virtual network operator (MVNO), a wireless communications services provider that does not own the wireless network infrastructure over which it provides services to its customers. An MVNO enters into a business agreement with a mobile network operator to obtain bulk access to network services at wholesale rates, then sets retail prices independently. An MVNO may use its own customer service, billing support systems, marketing, and sales personnel, or it could employ the services of a mobile virtual network enabler (MVNE).

While the major carriers do offer prepaid plans, MVNOs usually offer a better value and rarely require any contract. But, it pays to do your research. For example, some won’t allow you to use your plan as a mobile hotspot and some throttle speeds, especially during heavy network usage periods (the main carrier’s customers get priority). Furthermore, some carriers use roaming agreements whereby they use the infrastructure of a competitor in areas where they are weak and MVNO operators may or may not use these roaming agreements. If you are an international hiker new to the US, be aware that there are usually combined text, talk and data plans and data-only plans. For some reason, the combined plans with equivalent amount of data often are cheaper.

As for which carrier is the best, if you do some online research you’ll find near universal agreement that Verizon is king with good coverage pretty much along the entire trail. AT&T is the next best and is stronger on the southern and central portions of the trail. I’ve heard T-Mobile called “T-Maybe” though I did read that it is decent in the southern and central parts of the trail. I have rarely heard about Sprint, though as of this writing there is a plan for Sprint and T-Mobile to merge. Finally, Google Fi has an interesting service that combines multiple carriers but I have yet to hear any reports of its usefulness on the trail.

From my personal experience I can verify that my friends with Verizon (I used AT&T) had far better coverage. The difference was significant enough that I would actually recommend you switch to Verizon for the trail if staying connected is really important to you. You could probably put your existing account with another provider on hold and get a prepaid Verizon account to use until you finish your thru-hike.

Regardless of your carrier, coverage is going to be least reliable in the valleys and most reliable on the ridges and in most towns. Northern New England has historically had spotty coverage overall, though the guy I was hiking with who had Verizon was usually able to connect at least once a day, including in the 100 mile wilderness. Many shelters and campsites seem to be located in areas with poor coverage. The comments found on Guthook will often mention if service is available so check those regularly but in general plan to connect on a ridge before camping for the night if you need to make a call or do anything online.

When mobile phone providers talk about a “G,” they mean a generation of wireless technology (1G, 2G, 3G, 4G, 5G). Each generation is able to support more users at faster data speeds. When carriers switched to 2G digital systems in the 1990s, they ended up choosing between two competing options, CDMA (Code Division Multiple Access) and GSM (Global System for Mobile Communication). Pretty much the entire world chose GSM, as did AT&T and T-Mobile in the US, but Verizon, Sprint and U.S. Cellular chose CDMA. It’s more expensive to design a phone to support both technologies so most do not. That means you have to choose a phone that supports your carrier’s technology or vice versa.

When a provider upgrades their network to support a new G they maintain support for the lower G technologies as well. Essentially, they deploy the newer technology in stages and use the older technology in undeployed places. They also often use 2G for phone calls and 3G or higher for data usage. When the US carriers upgraded from 2G to 3G, the GSM and CDMA split remained but 4G (LTE) and 5G are worldwide standards that all US carriers use. That means that even the “wrong” phone will work with any carrier for 4G (LTE) but not for lower G technology (including phone calls). But, since you will still need to use the lower G technologies, especially on the trail, you really need to make sure the phone you choose to use works with the carrier you choose. Since Verizon is king, choosing that provider for your thru-hike may mean needing to switch your current phone (though some phones, including later generation iPhones, support both CDMA and GSM).

As the CDMA and GSM discussion already illustrated, the phone you choose is important. But, simply matching generation technology is not enough. In fact, for a phone and carrier to be compatible, you need three things:

Currently, some phones support all four carriers by combining CDMA, GSM, and LTE. These include the Motorola Moto G4, E4, and later; the Samsung Galaxy S7 and later; and Google Pixel phones. iPhones depend on the model. All iPhone 6 series and XS, XS Max, and XR phones work on all carriers. For the iPhone 7 and 8 generations, Verizon, Sprint and unlocked models work on all carriers while AT&T and T-Mobile units only work on AT&T and T-Mobile. Some other devices, such as the OnePlus 7 Pro, support three carriers (AT&T, T-Mobile, and Verizon).

As 2G and 3G go away, all carriers and (newer) phones will be using the same radio technology, but some carriers may choose not to permit other carriers’ devices to be used. The main problem, however, will be that carriers will be using different channels (bands). Better phones will support all of these channels, thus supporting all carriers, but some phones sold by the carrier and some phones sold overseas (or “international” versions sold online in the US) may not.

This problem exists today as well and is the reason you sometimes read differing reports on how good a service provider is on different sections or locations on the trail. If a phone hits an area with service provided on an unsupported band, it will seem as if the service doesn’t exist at all. Thus, two hikers with the same carrier but different phones may not have the same quality of coverage.

So, what to do? Make sure the phone and carrier you use on your thru-hike are a good match and, if feasible, choose Verizon or an MVNO that uses Verizon’s network. If hiking before 2023, check for GSM/CDMA compatibility in addition to band support. Two good online resources you can use to check your phone’s technical specs are FrequencyCheck and GSMArena. Find the LTE bands your phone supports and compare them to the LTE bands used by US networks (the bands in bold are the primary ones in use).

5G is just getting started, with the first 5G phones having come out in April and May of 2019. There are three different versions of it that are being built: mmWave high-band, mid-band, and low-band. Naturally, the major carriers are using different versions. AT&T, Verizon, and T-Mobile (a little) are using high-band 5G. Sprint is using mid-band 5G, and T-Mobile and AT&T are using low-band 5G. At this time you probably won’t need to worry about 5G phone-carrier compatibility as I doubt many places on the trail will have coverage for a while, but if you do plan to use a newer model phone that supports 5G, check compatibility with your carrier (many higher end phones like the Samsung Galaxy and Apple iPhone are expected to support all three bands with upcoming releases).

You might be tempted to check the Q&A or reviews on Amazon to see if your device works with a carrier. The problem with doing so is that the reviewer probably doesn’t understand the idea of band support and is simply reporting whether the phone works with a carrier where he or she lives or travels, which is obviously not the whole story. Reviewers also rarely mention which “G” compatibility they are reporting. This is why you often see conflicting answers.

If you are planning to purchase a prepaid phone plan, here are some things to keep in mind:

Below I list the providers I have seen recommended during my research with some of their better plan offers. This type of information is likely to change frequently so if a provider seems interesting, click through to see the full offering and to check if anything has changed since I wrote this.

Based on the chart above it seems like Red Pocket is the best fixed-amount option and Straight Talk is the best for unlimited. I ended up choosing Red Pocket for my thru-hike but I had an international phone with poor US band support that required me to choose AT&T instead of Verizon. My coverage was pretty awful during most of my hike but that’s not really Red Pocket’s fault and otherwise I was pleased with the ease of purchase, top-up and online account information and options.

Below I offer a hopefully useful alternative way of evaluating the providers above via a chart showing what you can get for common prices.

If you plan to hike with a partner or a group and expect to split up regularly you may not always be able to rely on having mobile connectivity to communicate. goTenna Mesh (Android, iOS)  may be a clever alternative. It is a hardware GPS and antenna solution that pairs with your phone (via an included app) and beams point-to-point texts and location data up to four miles with no cellular connectivity or WiFi required, thus allowing you to communicate with whoever else has one. 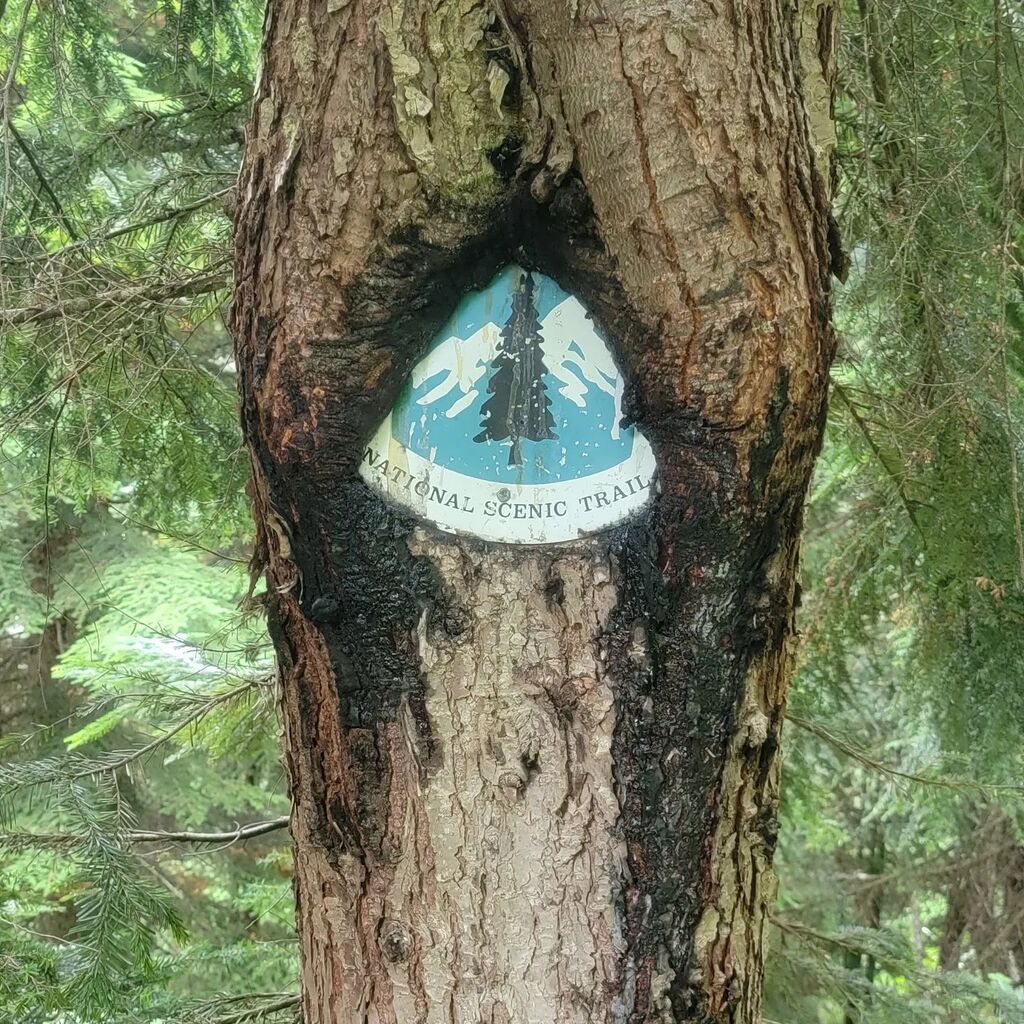 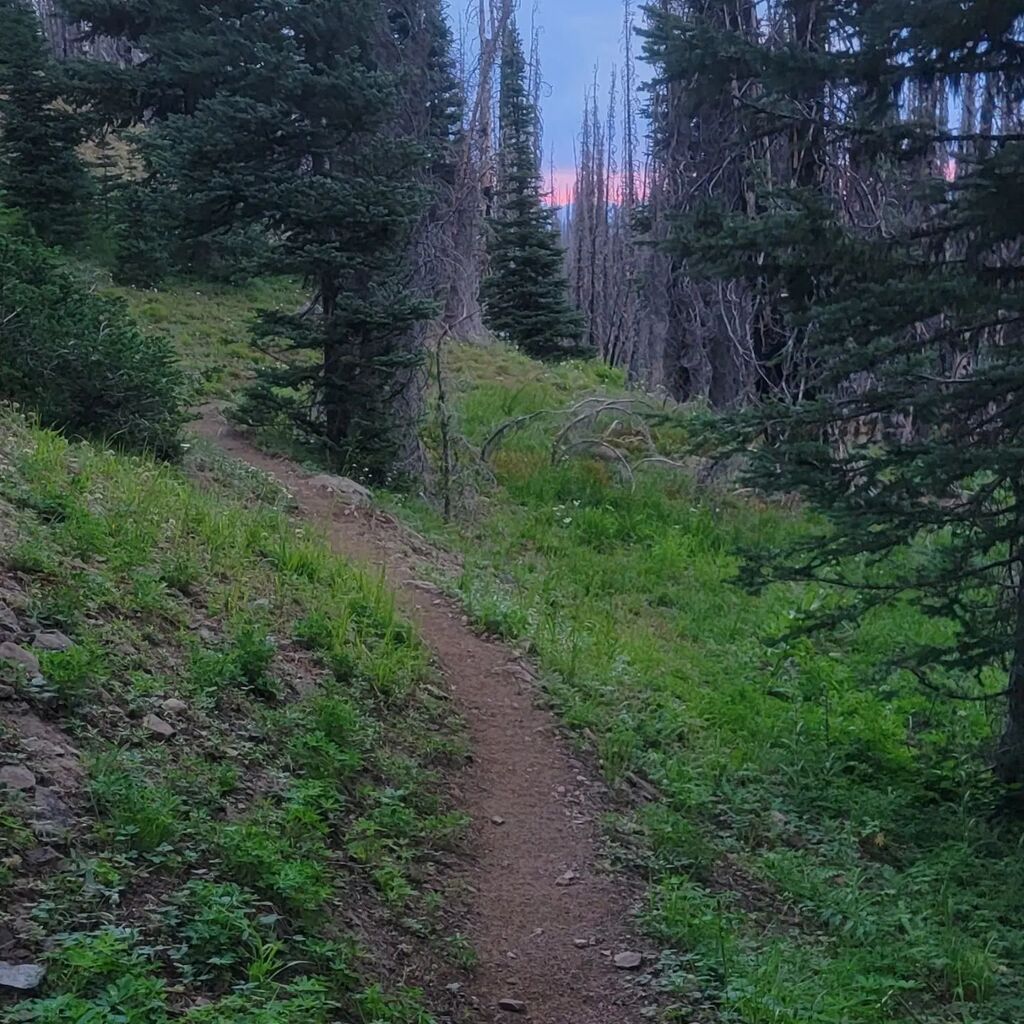 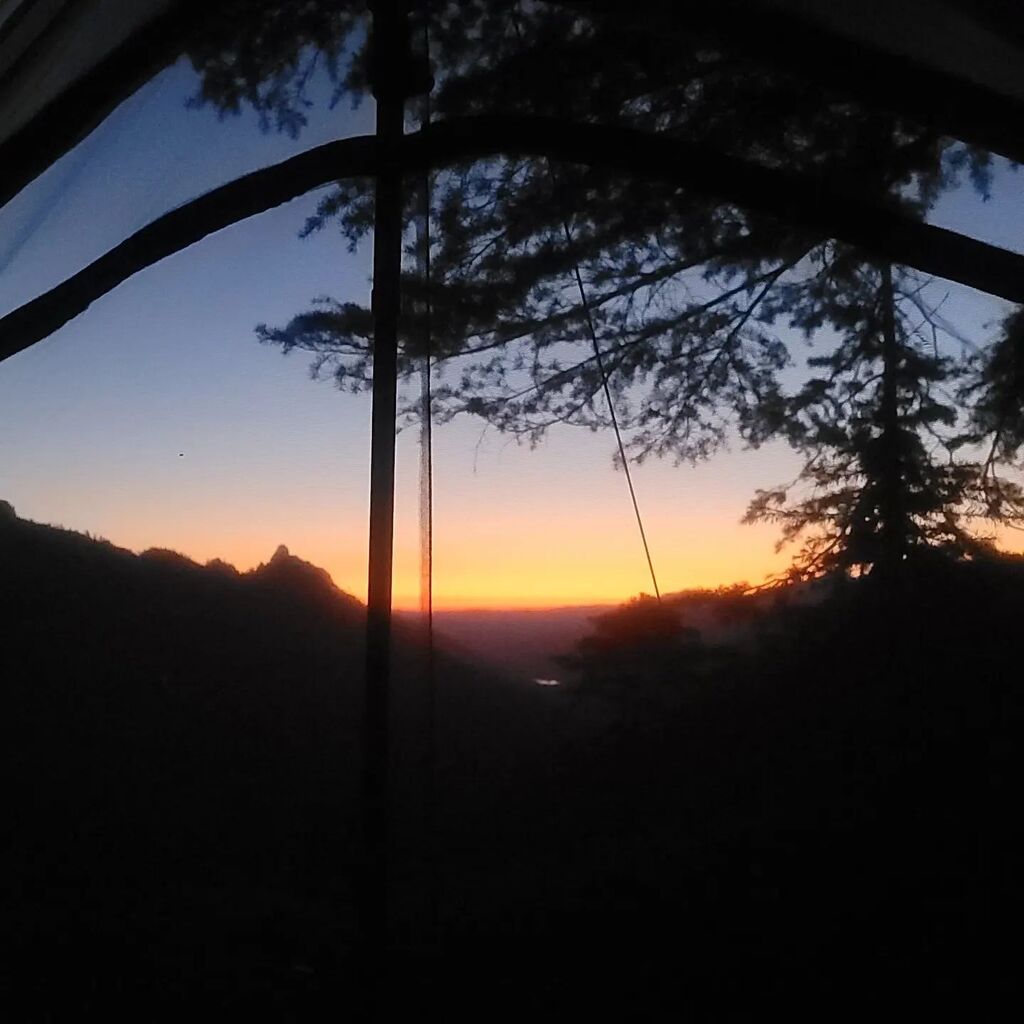 My name is Jeff Blum. I am a digital nomad that has been slow traveling the globe since March 09, 2009 (4,905 days.). Along the way I have learned a few tips that I hope to share with you on this site.